What Is the strongest pepper spray?

There are so many different types of pepper spray, but which is the strongest? There are several factors that determine how hot a pepper is.

Most people think it is SHU (Scoville Heat Units), and for many years that was the standard. But, as pepper spray development became more sophisticated, MC or Major Capsaicinoids became the definitive measure of what makes pepper spray effective…the higher the percentage, the stronger the pepper spray. 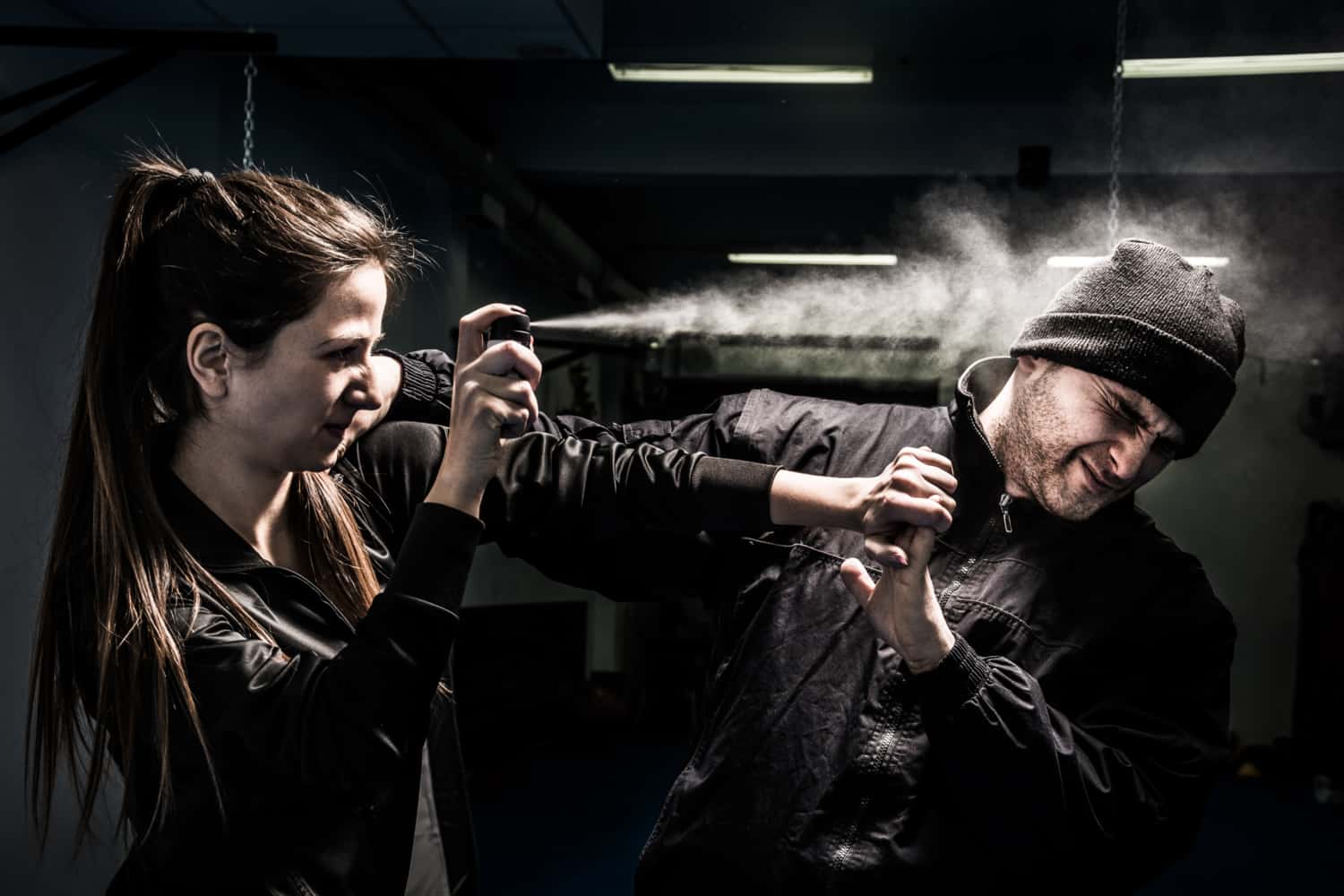 What Is major Capsaicinoids

The MC percentage is the only true indicator of hotness in a pepper spray. Without knowing the MC level, you do not know how strong the pepper spray is.

There are no federal guidelines for production or labeling of pepper sprays. This is why manufacturers can make unchecked claims without any federal regulation.

The OC and SHU percentages used on packaging have no bearing on the hotness of a particular spray! Beware of other manufacturers claims. Please read the specifications before making a purchase. Many brands will not provide the information about what their products’ MC percentage is.

Capsaicinoids are a group of chemicals that produce the spicy flavor and sensation in chili peppers. They are also called capsaicinoids or capsaicines. The most important ones Capsaicin, which is the main ingredient in pepper spray. Capsaicin is not a solvent: it cannot dissolve in water. It can only mix with oil or fat, which dissolves in water.

The reason major capsaicinoids need to mix with oil or fat is because capsaicin disperses poorly in water, and it needs the fatty medium for its molecules to be dissolved.

What are scoville heat units?

The Scoville Scale is a measure of the intensity or spiciness in hot peppers. It was developed by Wilbur Glenn Scoville during the early 1900s as a means to compare pepper potencies, and it rates their heat on a scale from 0 (no detectable heat) to over 1000000 SHU.

A hot pepper is rated at a certain number of Scoville Heat Units (SHU), and this SHU rating measures the concentration of capsaicinoids in that pepper. The more heat-producing chemicals, like capsaicinoid concentrations, a pepper has, the higher its SHU rating will be.

For instance, the Carolina Reaper pepper is the hottest pepper on the planet and it contains 2,200,000 SHU. That is why I’m a little dubious about claims of 3 or 5 million SHU that some pepper spray brands make.

Some pepper spray brands us OC Percentage to sell their spray.

Many brands tout a higher percentage of oleoresin capsicum (OC) as the deciding factor in their pepper spray, but there are many shortcomings to this statement.

The OC percentage is the concentration of capsaicinoids in any pepper spray, so it’s not a very specific number.

And even if you do have an OC percentage that is higher than what you’ll find on other brands, there are many factors at play when determining how hot a pepper spray will actually feel.

But this percentage only measures the amount of pepper within the spray, instead of indicating how hot it is.

What about Scoville Heat Units (SHU) as a way to determine how hot a spray is?

WARNING: Do not purchase pepper spray without checking its content of major capsaicinoids.

Below is a Pepper Spray Heat Chart 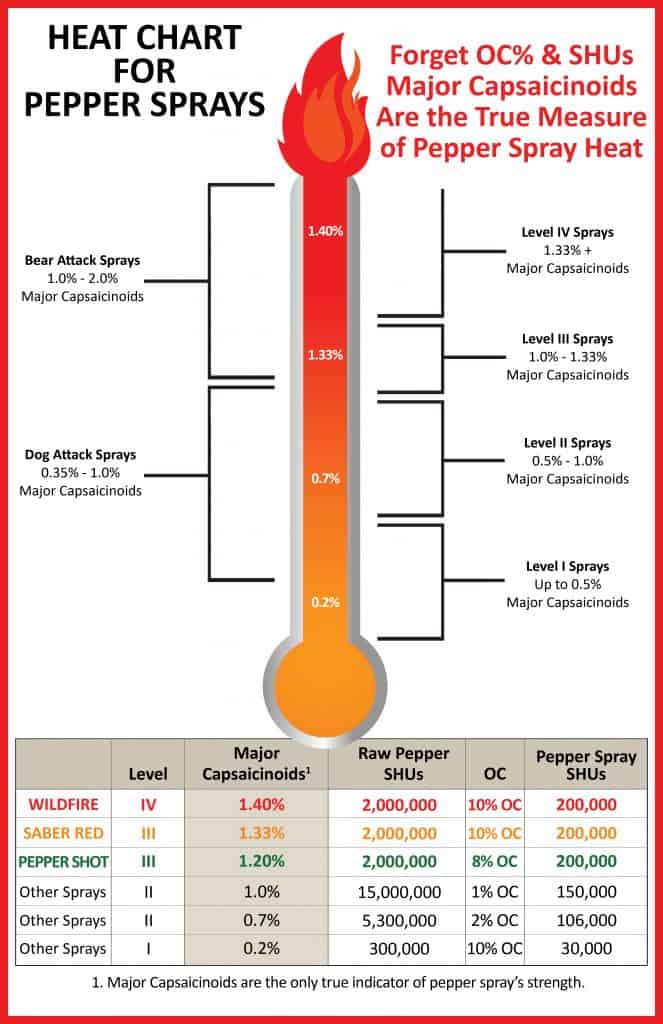